The small town of Gorham has primarily had a tourism based economy for many years. It boasts over 600 motel rooms & 16 restaurants from which to choose. Most lodging in the area is convenient to dining, & shopping which is tax free! The Town Common is a busy place with events happening all year, and free WIFI. There is an Information Booth where you can reserve a Moose Tour, enjoy the Summer Concert Series, flea markets and the traditional 4th of July Celebration with a carnival, parade, fireworks and more! 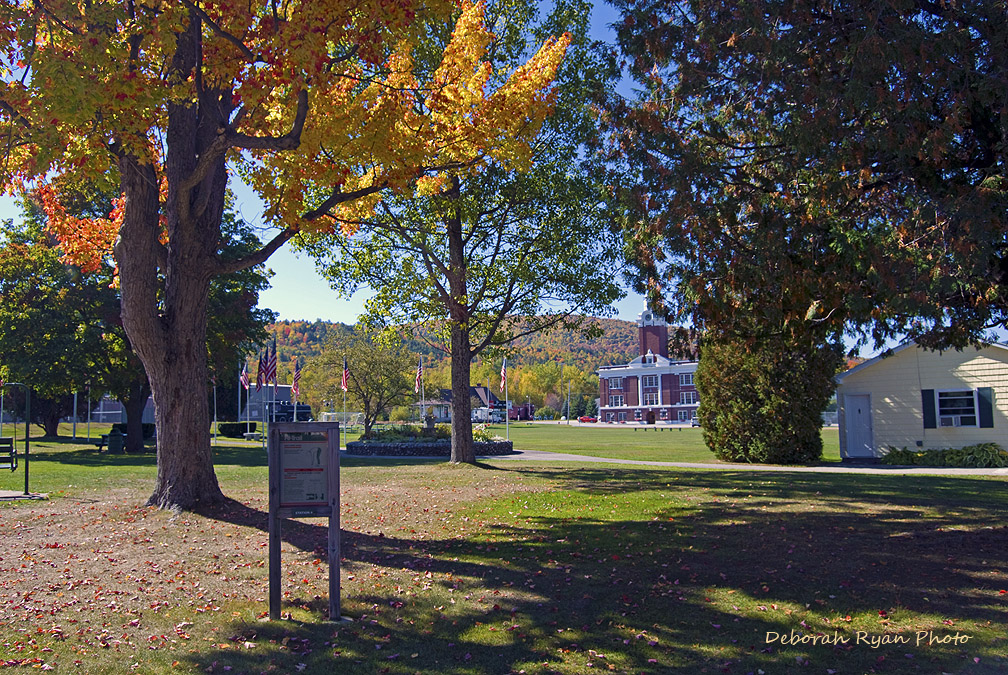 Gorham Town Common with the Town Hall in the distance. (Photo by Deborah Ryan)

Through the years, Gorham has had many changes. Incorporated in 1836, it only had 150 inhabitants. By the early 1850's, Gorham was chosen as the site for the Atlantic and St. Lawrence Railroad (later the Grand Trunk) major repair shops and became a true railroad town. Tourism developed hand-in-hand with the railroad and made Gorham a relatively prosperous town for most of the late 19th century. Please visit the Gorham Historical Society Museum and Train located on Railroad Street and see the "History of Gorham" which reveals the town's past! 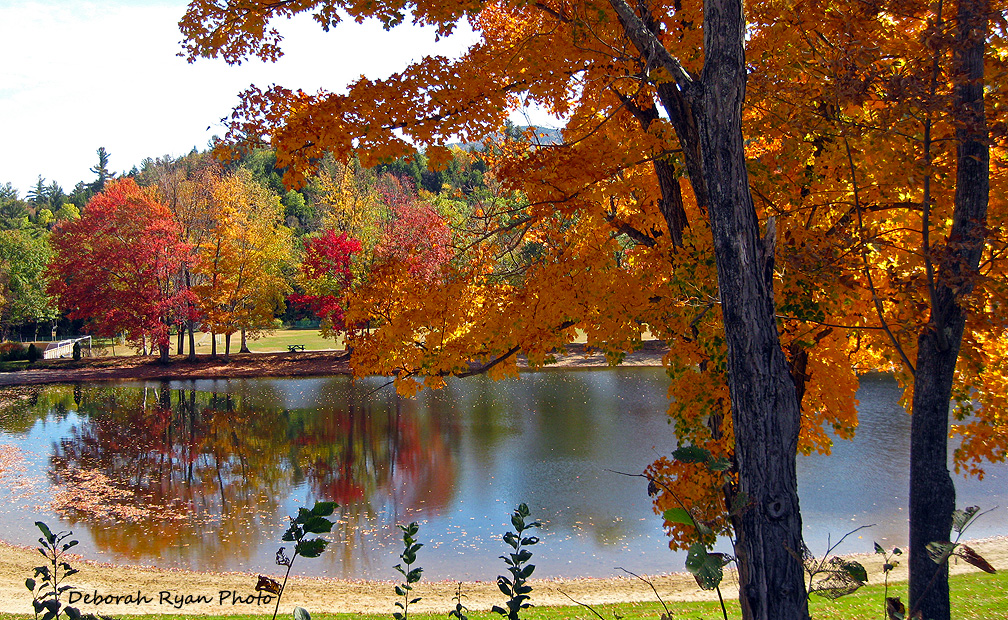 Gorham has becom a hiker's paradise with shuttles available. It has an 18 hole golf course and also mini-golf. Moose Brook State Park is on the west side of town as well as Rails to Trails access. The newly rennovated Town Hall is the home of the Medallion Opera House which is host to professional musicians and other performers throughout the year. For current information visit gorhamnh.org

Berlin, the "City that trees built", is the larger city of this region and is essentially a manufacturing and commercial center with some tourism interests. Main Street is being revitalized and new small businesses have created a new growth and prosperity. Visit berlinnh.gov 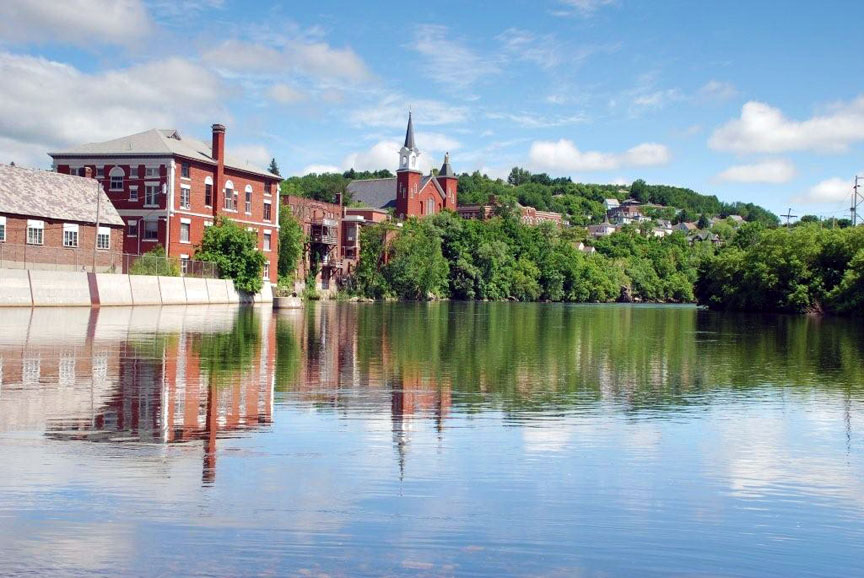 City of Berlin along the Androscoggin River (Photo by Robert Kozlow)

Since Berlin is only 65 minutes from the Canadian border, French is its second language. The growth of Berlin reflects the diversity of the people who came to stay: French Canadians, Yankees from Northern New England farms, Norwegians, Italians, Irishmen, and Russians. They sought a chance to make a better living and found it in the mills, blacksmith shops, machine shops, farms, stores, railroad yards and in the long winters' logging camps. Northern Forest Heritage Park was built to preserve that heritage.


Berlin is also the home of the oldest cross country ski club in the US: Nansen Ski Club. Volunteers still maintain Nansen ski trails in Milan Hill State Park, north of Berlin, and donations are suggested for trail use. Nansen Ski Jump stands in disrepair on Rt. 16 north of Berlin and is the 2nd highest steel tower jump in the U.S. (181 ft) erected in 1936. 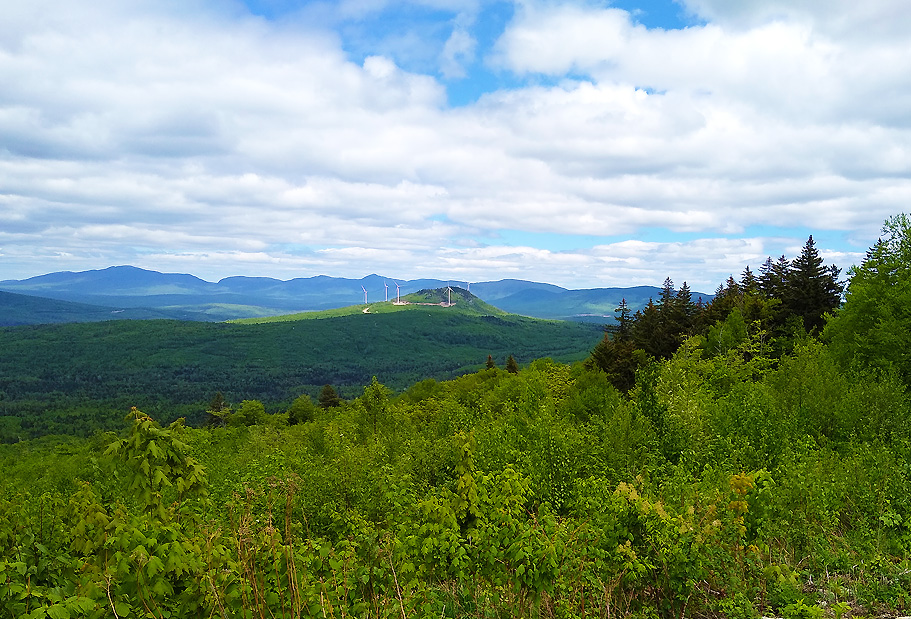 In recent years, a new ATV Park has been developed with facilities at Jericho Lake. Jericho Mountain ATV Park has endless miles of trails that connect with the streets of Berlin and Gorham in summer and fall, when access is allowed. 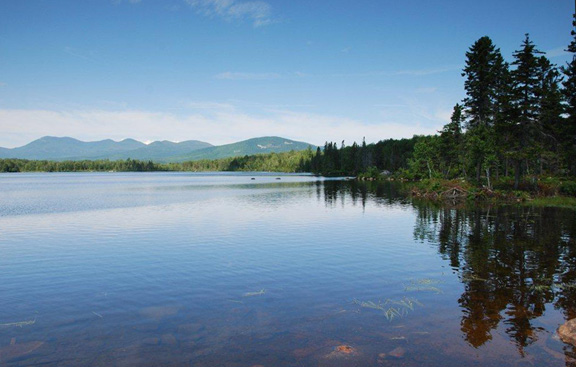 Jefferson is a rural community with many farms and summer homes. Located on the western slope of the Presidential Range, there is a wide mountain panorama in every directio 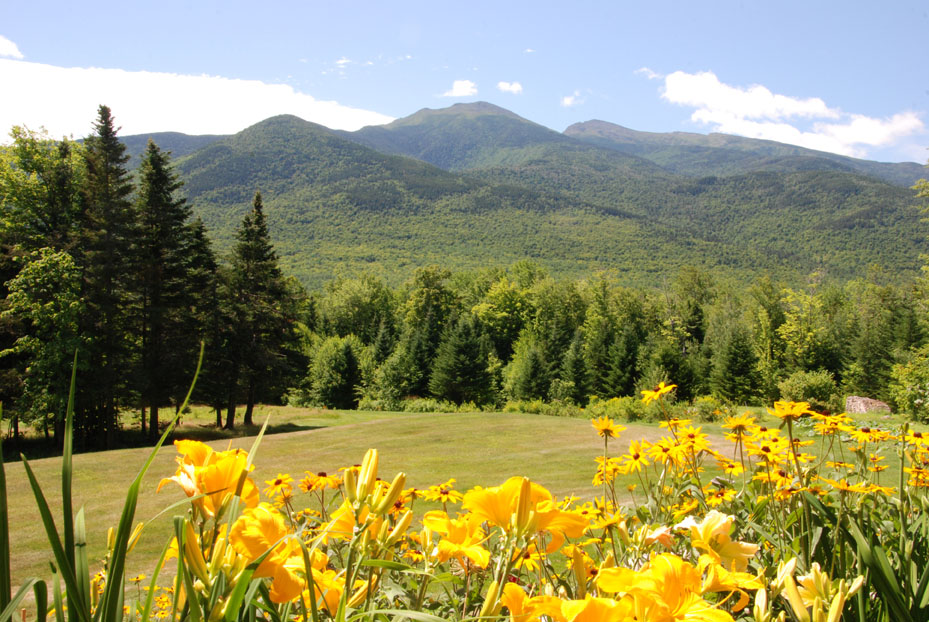 t also offers an 18- hole golf course, hiking, snowmobiling, cross country skiing, a historical museum in the Jefferson Library, and a center for the arts including music, sculpture, crafts and dance. Two of the White Mountain major attractions are located in Jefferson, Santa's Village and Fort Jefferson Waterpark. There are several motels, a lodge, cabins, B&B inns, and a popular restaurant & gift shop available for tourist and local alike.

Randolph is principally a summer cottage colony at the very northern edge of the Presidential Range and within the boundaries of the White Mountain National Forest. There are campgrounds, a motel, lodge, inn & cabin. A swimming area, tennis courts, varied types of fresh-water fishing and over 200 miles of well-kept mountain and woodland trails offer the visitor a diversified opportunity for relaxation and pleasure. Randolph site at the base of the watershed of the northern Presidentials and waterfall abound! Views of the Presidential Range are spectacular. 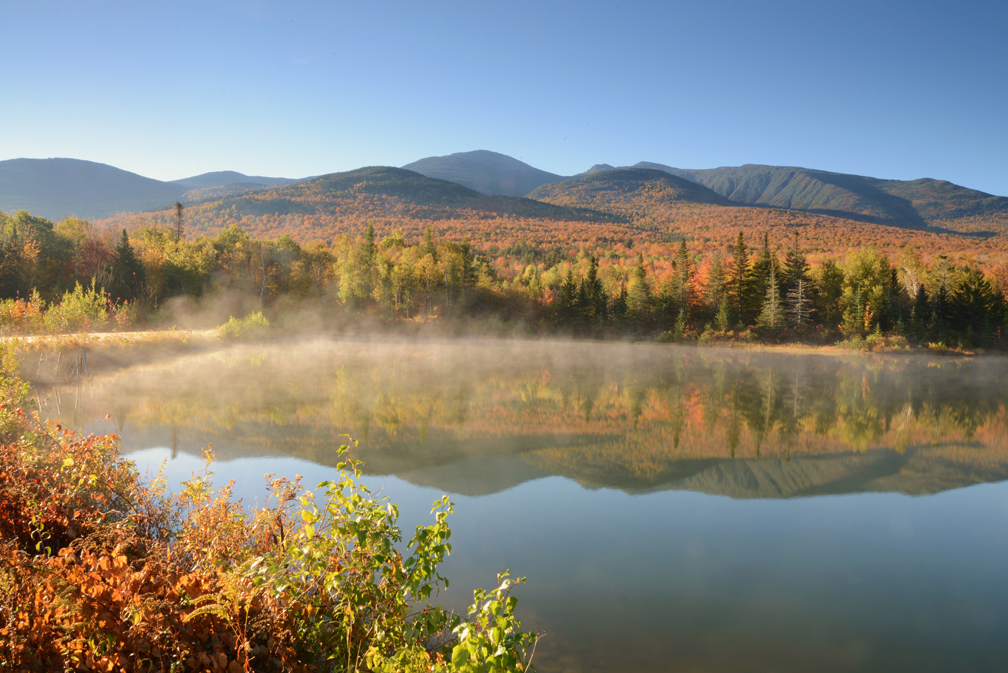 Shelburne is a rural community which serves as a living/working town for those in tourism and agriculture. It has two motels, cabins, two campgrounds and some of the most beautiful and oldest inns in New Hampshire. There are many hiking trails, fishing, cross country ski trails and snowmobile trails. Shelburne Birches is a frequent subject of artists as is the very picturesque North Road and Reflection Pond on Route 2. 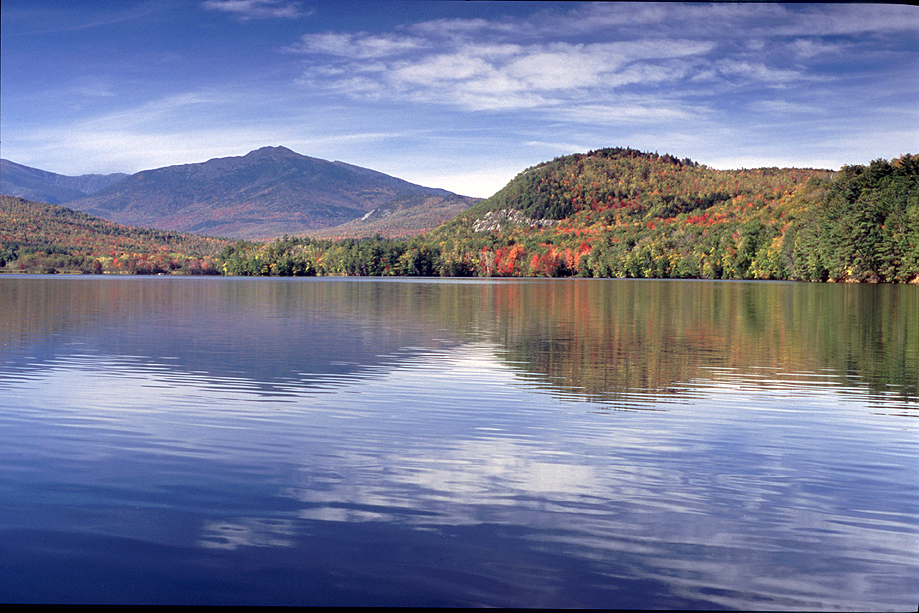 The Stone Fish is also located in Shelburne. The Fish, along with a turtle and an alligator, were built by George Emory around 1900 for an estate owned by local land baron, William Kronigberg Aston. The house, which burned down in 1961, was located at the western end of what is now Village road and along Rt. 2. The turtle and alligator were located west of the fish and when the "freshet" of 1927 washed out the bridge at the power dam, the rocks from these animals were used as fill. 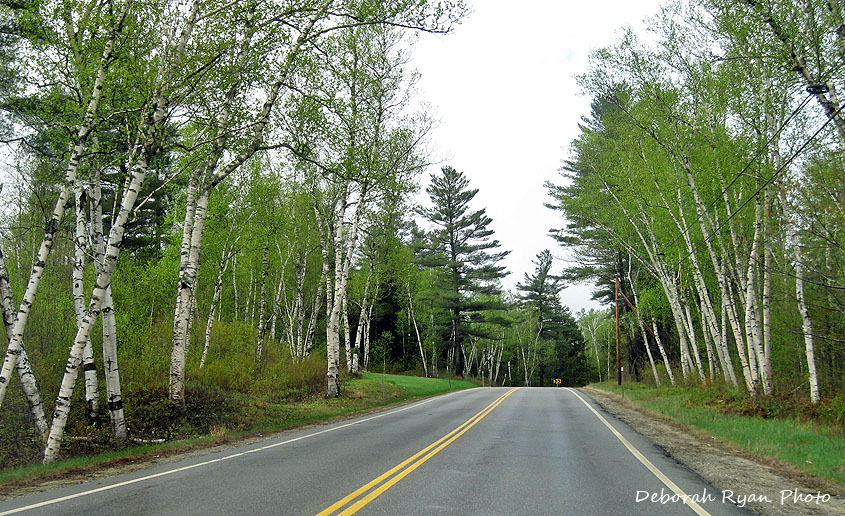 Other natural tourist attractions in Shelburne are the Old Man of the Valley and pictuesque Moose Pond on Rt. 2 near the Maine line. For more info, visit TownofShelburneNH.com